It's been an active 24 hours for the Chicago Blackhawks.  First, they dump salary by trading away Kris Versteeg and Joakim Nordstrom.  They then quickly sign Marcus Kruger to a one-year contract.  Now, they've given NHL veteran defenseman, Jan Hejda a professional tryout with the team (PTO).  A PTO is a 25 game contract.  If a player is to be signed by an NHL team, they must first be released from this contract. 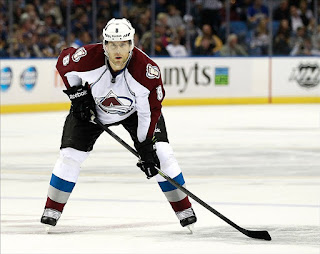 Hejda, 37, if he makes the team, would give the Blackhawks a veteran defenseman to eat up many of the minutes lost by Johnny Oduya who was signed by the Dallas Stars back in July. Over his 627 game NHL career, Hejda has averaged over 21 minutes.  Last year for the Colorado Avalanche, Hejda logged 20:39 minutes a game.

Most Blackhawk fans had a rude introduction as to how important logging minutes to a defenseman is when Michal Rozsival went down with an injury in the playoffs last year.  Because there was not a lot of depth in the defensive squad, Duncan Keith, Brent Seabrook, Niklas Hjalmarsson, and Oduya combined, averaged over 25 minutes a night (Keith averaged over 30 minutes).  Not something that coaches want to rely on when trying to win a Stanley Cup.

in Hejda's nine-year career, has played in 627 games, with 125 points (25G, 110A).  He is a dependable, stay-at-home defenseman and would bring experience and depth to this team.  Let's hope it pans out for the season and possibly post-season for the Blackhawks and Hejda, who has only made it to the post-season twice in his career.