The NHL released the 2015-16 schedule this season.  The Blackhawks will kick off their season with a banner raising game on October 7th, against the New York Rangers.

Other notable dates include:

Mark your calendars everyone!!  October will be here sooner than we think (but never soon enough). 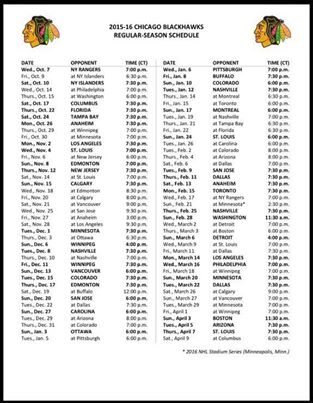